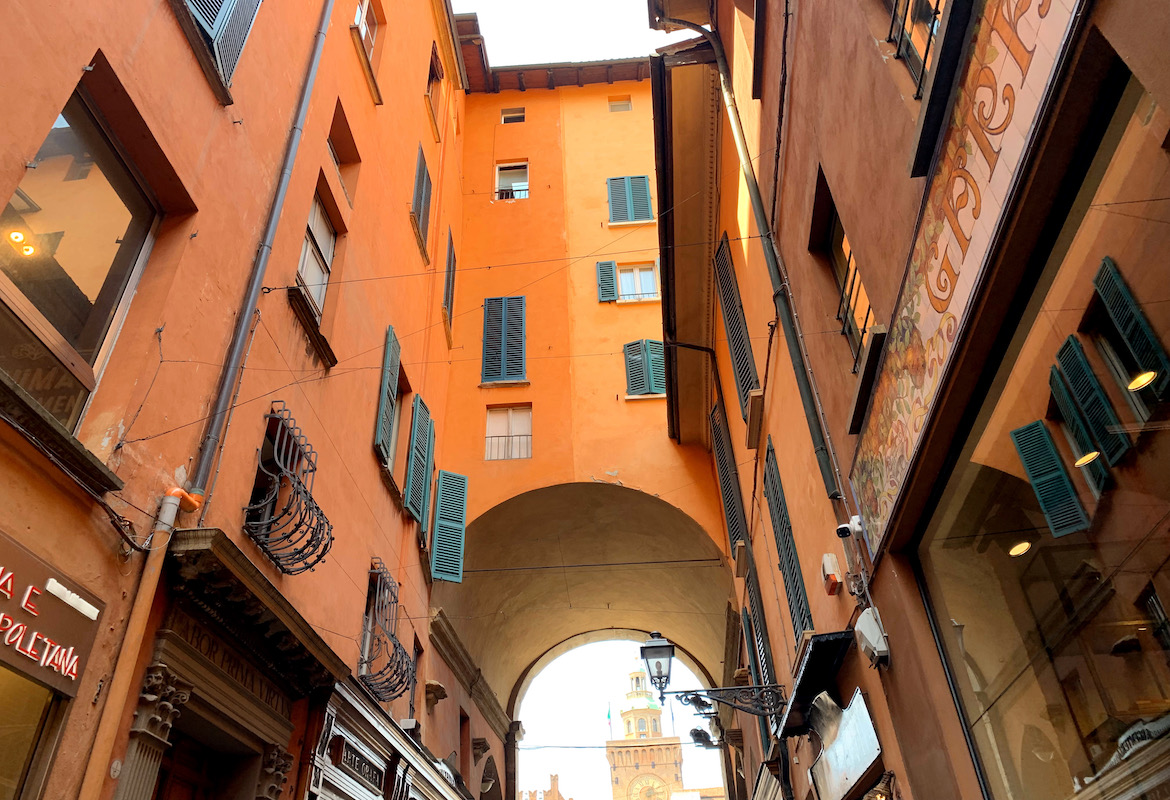 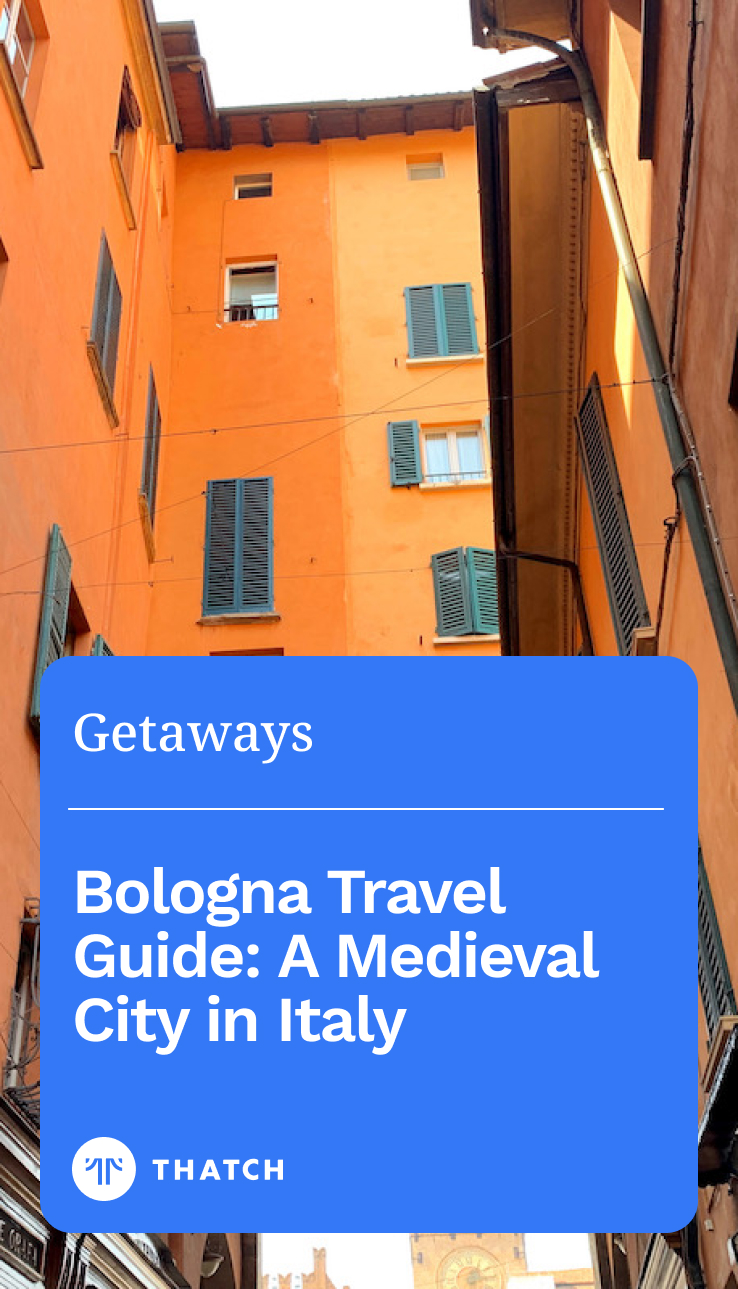 Explore our top tips for visiting Bologna, including the 10 best things to do in this food and history lover's paradise.

Aptly nicknamed La Rossa, La Grassa, and La Dotta (the red, the fat, the learned), Bologna is a university city painted in earthy red tones that slowly seduces through its sensational culinary delights. I, like many others, came for a weekend with the sole purpose of experiencing La Grassa. Whether you're visiting this affordable, often overlooked destination on a day trip from Florence or extended vacation to the Emilia-Romagna region, Bologna offers a taste of authentic Italy through its renowned food scene and urban Medieval ambiance. Find everything from how to get around, where to stay, and what to do in our travel guide to Bologna.

How to Get To and Around Bologna

Most travelers take one of the many trains heading into Bologna Centrale station from elsewhere in Italy. If you need to fly in, Pisa, Venice, and Milan are the closest airports. Bologna is small enough to be walkable, but points of interest are somewhat spread out. Consider renting a car if occasionally walking over 15-20 minutes sounds like too much. I walked everywhere and didn't feel the need for a car, even in the heat.

Where to Stay in Bologna

I didn't scope out the hotel scene here because I needed to optimize for affordability and was happy with the selection of charming Airbnbs in Bologna. I stayed in this Airbnb apartment for under $100 per night and considered this nicely styled one as another low cost alternative.

As long as you stay within the bounds of the city center, which appears as a clearly defined circle on google maps, location isn't terribly important given that Bologna is walkable for most.

10 Best Things To Do in Bologna

Savor the Best Food in Italy

As the food capital of Italy, Bologna's unmatched culinary landscape is the main draw for most visitors. Some of my favorite restaurants are Trattoria da Me, Sfoglia Rina, and Osteria Al 15. Our food guide to Bologna shares additional recs to ensure you have the best possible gastronomical experience here. I also recommend going on a food tour with Taste Bologna on your first day to get oriented. As someone who almost never does tours, I had a great experience learning about the city's history while exploring and tasting some of the city's highlights.

The Quadrilatero and Mercato Delle Erbe are Bologna's two main markets. I originally planned to spend more time perusing the latter because of its local vibe, but after exploring both on our food tour, I recommend prioritizing the popular Quadrilatero. It offers a larger variety of regional food products and ready made specialties. As the name implies, Mercato Delle Erbe focuses on produce for cooking.

Piazza Maggiore is the heart of Bologna's historical center. Here you'll find the Fountain of Neptune and Basilica of San Petronio, built in the 15th century with ambitious intentions. Legend has it that the pope at the time halted construction because he didn't want it to outshine St. Peter's Basilica. San Petronio still remains unfinished today, evidenced by the exposed brick juxtaposed with the facade's marbled lower half.

When walking through the sidewalks of Bologna, don't forget to look up! The city is connected by a network of artfully designed porticoes covering the walkways. They were constructed in different time periods, making most of them unique from each other in design. The welcoming shade the porticoes provide makes the summer heat much more tolerable for visitors exploring outdoors.

This is the perfect activity between heavy meals. Climb the narrow, twisting staircase to the top of Asinelli Tower for panoramic views of Bologna and the undulating countryside beyond it. Peering down at the red Medieval city from this vantage point creates a feeling of immersion in antiquity of another world. Tickets currently cost 5 euro per person and can be purchased online or at the Bologna Welcome Center.

Venture to the Sanctuary of the Madonna di San Luca

Alternatively, get your exercise fix by walking 2.5 miles under porticoes to the Sanctuary of the Madonna di San Luca. Perched on a hill overlooking Bologna, this towering sanctuary dons an earthy hued exterior characteristic of the city in the distance. I had to skip this because the weather was too hot in late July. You can opt to take the San Luca Express bus from Piazza Maggiore instead, but the appeal for me was the journey there rather than the structure itself.

Visit the University of Bologna

Founded in 1088, the University of Bologna is the oldest university in the world. The highlight here is the Anatomical Theatre of the Archiginnasio, an elaborate wood-carved theater with a marble dissection table standing in the center. This one is on my list for next time. I skipped it in favor of relaxation time at the Airbnb.

When most of us think of canals in Italy, our minds automatically wander to Venice. Bologna also has a canal network that is mostly only visible from private residences, but there is one known spot where you can see it. On Via Piella, look for the small window (labeled "Finestrella" on google maps) carved into the wall and peer through it for a quick glimpse.

Stroll or Run through Giaridini Margherita

Located south of the city center, Giardini Margherita is Bologna's largest and most popular park. This is a good spot to run for those who want to maintain their workout routine while traveling.

Take a Day Trip to Modena

If I'd had a third day in Bologna, I would have hopped on a quick 30 minute train to Modena, another food-centric city you may recognize from Aziz Ansari's Master of None. Most notably, Modena is home to Osteria Francescana, chef Massimo Bottura's three Michelin starred restaurant ranked best in the world multiple times in recent years. Alternatively, visit Parma or Ravenna, two less visited food hubs located nearby. 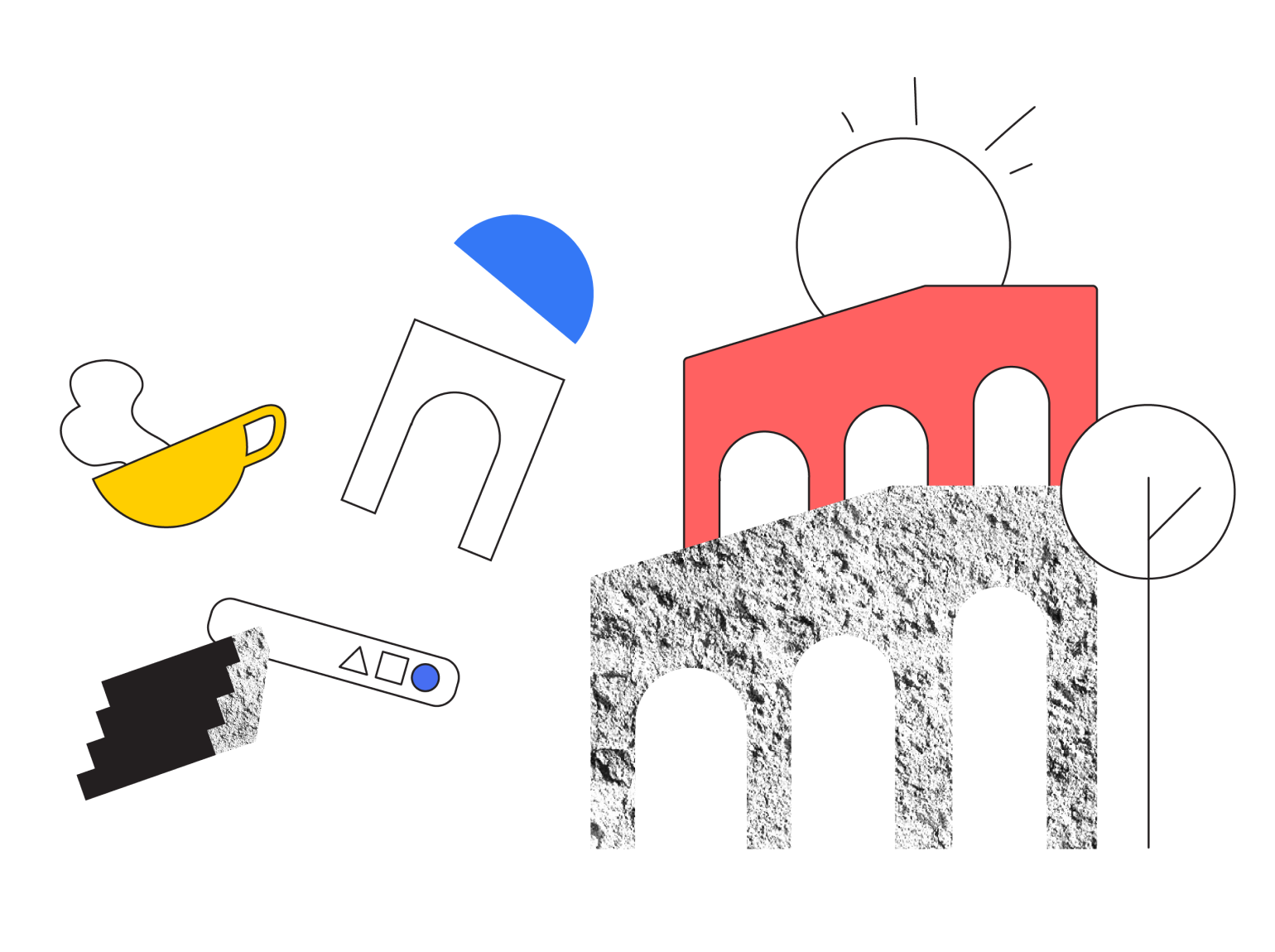